From the mountains to the see, throughout culture 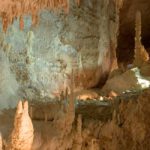 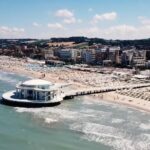 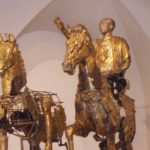 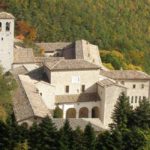 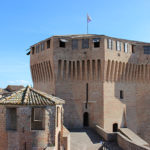 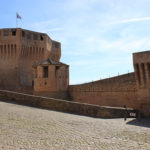 The Country house  is located in the province of Pesaro-Urbino, in the Cesano valley near Mondavio. We are in the heart of the Marches region, 30 Km from the Marches Appennines and 17 Km from the Adriatic coast. Mondavio  is one of the many medieval villages of the surrounding hills which are more than worth a visit. A picturesque medieval village that dominates the panorama with its turrets, bell towers and the imposing Della Rovere Castle. If from the hills you would like to move into the mountains you need only drive a short 30 km and you will be at the slopes of Monte Catria. Here you can rediscover the appeal of adventure, walking through paths that follows the traces of history and that bring you to enchanting places. You can visit small and charming villages such as Frontone with its castle from which you can admire a wonderful panorama that goes from the mountain to the Adriatic See! You should not miss the hermitage of  Fonte Avellana, the perfect place to experience the unchanged atmosphere of a remote place of prayer and meditation. If you want to take some fresh sea air in just a 25 km drive you will reach Senigallia, famous for its velvet beaches. Drive a bit further to the south of Ancona and reach the sandy and rocky beaches of the Monte  Conero Park and enjoy its deep and transparent seawater. Also, closeby is Urbino, one of the most important cultural towns of Italy, renowed both for its history and for the many buildings and works of art which are housed here. Not to be missed are the Frasassi Caves one of the four Natural regional Parks of the Marches region.

In an area of about 30 Km you can discover the relationship between city and sea, between the agricultural and the urban, between coast and rolling hills. In short, it is an area to explore and admire for its unusual beauty.